How to Find the Euro Level of a Truck

In view of the ever-increasing awareness of the impact of exhaust emissions on the environment; the European Emissions Standards policy staged the introduction of increasingly stringent standards for all new trucks sold in the European Union and EEA member states to meet. With climate control being a long-standing concern; this policy should have been lauded by everyone, but it did (and still can) cause confusion for those in the haulage and logistics industry for it was a complicated issue for the average Joe.

With swings in the new and used vehicle markets seen because of the different Euro standards and their potential effect on businesses, it is important for those who own or are thinking of owning a truck to know exactly what these standards are and whether their vehicles meet them through being a new-build or conversion.  The most recent Euro Standard is Euro 6 which came into effect in January 2014 with Euro 5,4,3 and 2 being previous standards; many of these former Euro Standards are still on the road.

So, if you are buying a used truck – how do you tell the Euro Standard?

Look at the truck

Although you may think the Euro Standard would be printed on the log book or V5 of the vehicle – that would actually be too easy! The DVLA do not receive any budgeting to do this, and so an inspection of the vehicle is usually necessary. For versions 4 and above; many helpful manufacturers put a badge on the truck, but frustratingly this is not always the case.

Turning to the internet

TfL that will inform you whether a lorry meets the London low emissions zone, but this will not tell you if your vehicle is a Euro 2,3,4 or 5. Businesses beware! Trucks have to be a minimum of Euro 4 to operate within London’s low emission zone or face paying a £200 daily fine.

This scheme allowed vehicles that didn’t appear to meet the newest incoming legislation of Euro 6 to be re-registered after 31st December 2013, but this was a carefully controlled process carried out within a short window of time where pre-defined rules had to be met. This only applied to new vehicles but Euro 5 trucks were able to be registered as meeting Euro 6 particle emissions (PM) for one year after that date provided they met legislative requirements applicable at their first time of registration. This meant that any vehicles manufactured in the October, November and December 2013 HAD to be registered before the 31st December to be considered Euro 6.

The table below is only a guide, and the onus is on the buyer to personally confirm the Euro Level of a truck they are wishing to buy. An older vehicle may have had a conversion to meet LEZ (low emission zone) standards, or it may have been a truck that is older than when it was actually registered.

With trucks approaching 13 years old it is perhaps wise for businesses to think about replacing with a new fangled Euro 4, 5 or 6 vehicle.

These standards were launched fairly close to each other with similar technology to meet required standards with either SCR or EGR technology used. SCR needs a blue liquid to run.

The PM limit is half that for Euro 5, so Euro 6 means business but trucks meeting these standards means that they are naturally pricier to buy and more expensive to run.

After a 20-year journey involving six tiers of European emissions limits, some truck exhausts can now be described as near zero due to new technology and choices. Mac’s Truck has also moved with the times and supply brand new and quality used vehicles via flexible payment terms to meet the latest Euro Standards. 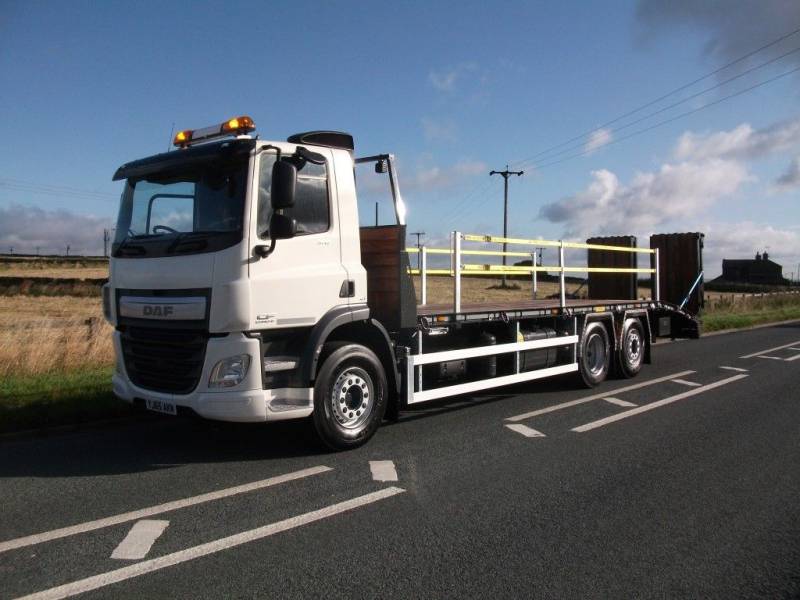 We have a range of trucks ready to go, and custom build facilities

Learn More
What will 2020’s Euro VI changes bring for your trucks?